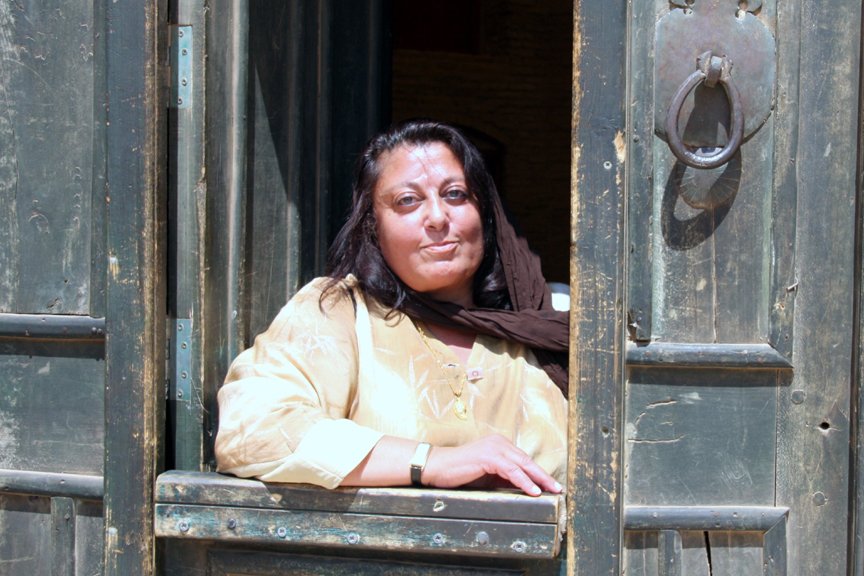 SCM is very proud to announce that our CEO, Rita Zawaideh, had been awarded the Spirit of Liberty Award by the Ethnic Heritage Council to ethnic community leaders and artists. Congratulation to Rita on your award, it is well-deserved!

The Ethnic Heritage Council (EHC) is proud to announce this year’s award recipients, to be honored at EHC’s 40th Anniversary celebration. The special event is rescheduled to Spring 2021, due to the COVID-19 pandemic, date to be determined. The awards program with annual meeting is EHC’s major annual event. The award recipients represent extraordinary achievements and contributions to the region’s cultural and community life.

Established in 1986 and given to a naturalized citizen who has made a significant contribution to his or her ethnic community and ethnic heritage, as well as to the community at large. For decades, Rita Zawaideh has been an advocate and change-maker on behalf of Middle Eastern and North African communities in the United States and around the world. She is a “one-person community information center for the Arab community,” according to the thousands who have benefited from her activism and philanthropy. “The door to Rita’s Fremont office is always open,” says Huda Giddens of Seattle’s Palestinian community, adding that Rita’s strength is her ability to see a need and answer it. “She doesn’t leave a stone unturned in search of a solution,” says Giddens.

Rita was born in Jordan and grew up in Seattle. Through the years she has maintained close ties to the Arab world, as well as to the Arab-American communities throughout the U.S. She founded the Salaam Cultural Museum (SCM) to raise awareness of Arab American cultures and provide support to refugees and immigrants both locally and internationally. Rita is owner and founder of Caravan-Serai Tours, a Seattle travel agency specializing in the Middle East and North Africa. Through her travel agency network she has organized volunteer trips and donation drives for refugees in the Middle East and North Africa since the 1980s. She often labors into the wee hours of the night to solve a person’s problem, putting that person in touch with a lawyer, a city council member, a school principal, a church contact, perhaps even someone who lives on the other side of the country. No one is turned away.

Leader in Resettlement of Newcomers. When the first influx of Iraqi refugees arrived in Seattle in the mid-2000s, Rita raised money to support them and helped them feel welcome. Since the beginning of the war in Syria in 2011, she has advocated for refugee resettlement in Washington State, succeeding in welcoming families as well as members of persecuted populations, such as the Middle Eastern LGBTQ community. Rita marshals the efforts of vast networks of resettlement agencies, community organizations, activists and volunteers, arranging donations or fundraisers to provide school supplies, winter clothing and furniture while also assisting them in learning English and finding jobs. In the aftermath of September 11, 2001, Rita anticipated backlash and led the formation of AACC, the Arab American Community Coalition. AACC was instrumental in preventing hate crime escalations, unnecessary profiling by police, and calming nerves in the community. The organization conducted cultural sensitivity training for local law enforcement personnel and helped police and the community better communicate and respect one another. She established a hotline, staffed with Arabic speakers to ensure protection of civil rights. As the tensions pointed to the possibility of war with Iraq, Rita helped the Arab community mobilize against the war and sponsored visits to Baghdad by members of Congress. During the war, she coordinated shipments of much-needed medical supplies into Baghdad, arranging for the Jordanian army to deliver them to families in parts of Iraq where other international organizations were unable to reach civilians.

Leader in Cultural Affairs and International Service. Upon founding the non-profit Salaam Cultural Museum (SCM) in 1990, Rita began to employ Middle East and North African (MENA) immigrants, refugees and members of the MENA community to carry out relief programs. SCM also promotes local MENA artists and businesses, educating the wider Washington State community about the Middle East and North Africa through workshops and cultural events. Every year SCM organizes volunteer trips to the Middle East, sending shipping containers of medical supplies and clothing for distribution to refugee camps in Jordan. SCM was among the first organizations that went into Lesbos, Greece at the height of the refugee crisis in 2015. A new shelter and clinic for women and children on the island of Samos will be SCM’s 2020 project in Greece.

In 1990 Rita also was a key organizer of the first Seattle Arab Festival that brought eight Middle Eastern film directors to Seattle to screen and discuss their work. This led to the creation of Arab Film Distribution (AFD), which Rita founded to provide an outlet for Middle Eastern and North African filmmakers to showcase their work in the U.S. and to raise awareness of Arab culture and history outside the politicized news cycle.

In early 2020, as the novel coronavirus began to spread around the world, Rita knew it would have dire consequences for recently resettled refugees in Washington State as well as overseas. She jumped into action and began raising funds to help the local refugees with needs, such as rent, utilities, tuition and food, knowing they would be the first to lose income but not qualifying for state unemployment or other assistance. She also raised funds to buy and distribute food to Syrian refugees in Jordan. So far, due to Rita’s efforts, between the food drive and local refugee aid SCM has been able to disburse over $50,000 in pandemic relief assistance.

Elizabeth Abu-Haydar of Seattle’s Lebanese community said she arrived in Seattle with no contacts until she met Rita, who put her to work on various projects. In order to raise awareness of the plight of the Palestinian people like Elizabeth, she organized a support group and insisted that it include people from all faiths and beliefs and who shared a common passion for social justice for all people.

“Rita’s success lies in her ability to mobilize a network of volunteers and community groups,” says Owen Harris, volunteer and University of Washington graduate student, among those nominating Rita for the award. A project might include the Sikh Community, Arab-American community, local businesses such as Cost-less Furniture, Microsoft, Bridge Ministries, West Side Baby, BECU, Deseret Industries and Goodwill, refugee resettlement organizations such as the International Rescue Committee, nonprofits such as NW Immigrant Rights Project, religious organizations such as Jewish Family Services, Council on American-Islamic Relations, local churches and synagogues, students and professors from UW, law enforcement such as the Seattle Police department and private donors. “Rita is trusted and held in high esteem by people of different walks of life all over the world,” says Harris.

“She is truly deserving of the 2020 Spirit of Liberty Award.”

To read more about the awards given and their recipients, please visit the Ethnic Heritage Council’s website.