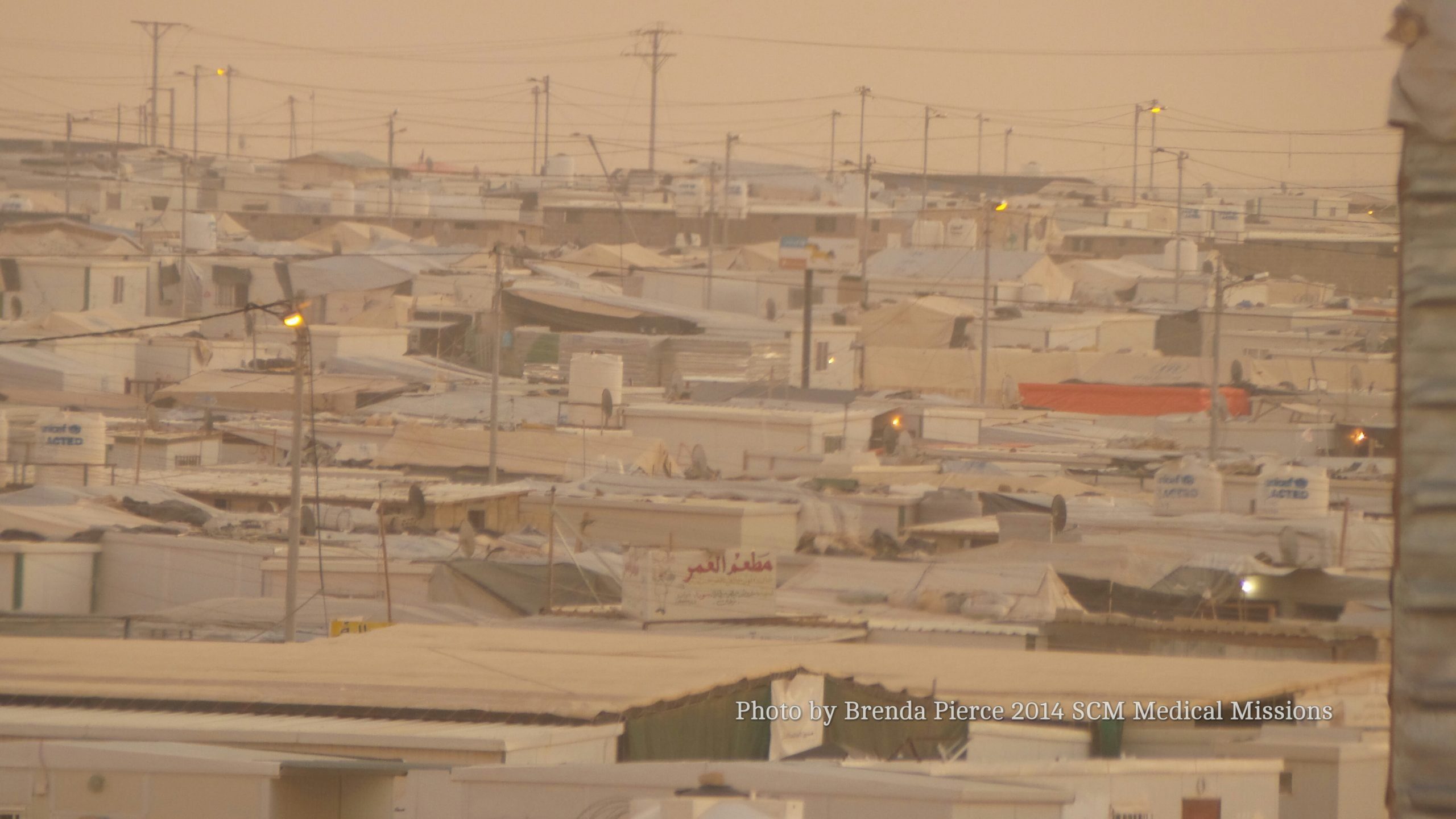 “After ten years, half of the Syrian population has been forced to flee their homes. (…) The gravity of this crisis must not weaken our solidarity for Syrians. On the contrary, we must redouble our collective effort to support both refugees and the communities hosting them. “

Ten years ago, on July 28, 2012, the Za’atari Refugee Camp opened in Jordan to shelter the Syrians fleeing the war in their home country. At the time everyone thought it would be temporary. That was ten years ago. The camp now is on the top ten list of most populous cities in Jordan with 80,000 residents – just slightly less than the population of Aqaba. This is down from the all-time high of 156,000 in 2013 before a second camp opened in Zarqa to the east, but it is still a very large population of people living in poor conditions in the middle of an open semi-desert area. It is operated by the UN and has a number of other agencies and NGOs that help on a regular basis, but they are all stretched thin due to crises in other locations around the world.

The UNHCR has put out a call to all those currently working with the camp, and those, like SCM who have helped in the past but have had to move on to other emergencies, to step up in anyway they can to stop a rapidly deteriorating situation. SCM is going to answer this call with your help.

Za’atari has transformed into a medium sized city in Jordan with 1800 shops and businesses that employ 3600 refugees. The UNHCR also helps the refugees get work permits with an aim to reduce dependency on aid, but with the economic situation in Jordan, this is very difficult. The camp has 32 schools and over 55 community centers and provides basic medical services to the refugees. Each refugee family receives some assistance, and the economic activity in the camp spills out into the local area including the nearby city of Mafraq. The aid is being converted into mobile payments to make it easier for people to get and spend the aid, and even save a bit, especially if they have a job or operate a business in the camp. But for 80,000 people, it is not enough.

In 2013 the UNHCR began replacing the tents with caravans (portable buildings) that are essentially four walls, a floor and a roof. They might have a small sink, some shelving and a storage cabinet, and mattress pads for sitting and sleeping. The lifespan of the caravans is only 6-8 years, so the majority are in urgent need of repair. These shelters have become home to the Syrians, and they are trying to make the best of them, but the structures were not meant for long-term continued use.

The economic fallout of covid is also affecting the refugees, which are allowed work permits to get jobs in most sectors in Jordan, but the lack of job openings means many remain unemployed. They are forced to depend on dwindling assistance from the UN and other agencies to survive.

Water is another issue creating hardship for the refugees. Most refugees at the camp say the water they have access to is not enough to survive on. This is a problem intensified by water shortages from the Euphrates River and extreme heat in the region. Jordan gets some of its water from Israel, and some from the Euphrates River in Syria, which is dammed by Turkey, and access is sometimes used as a bargaining chip, or threat, depending on the issue.

The camp is powered by solar power, but the camp has grown beyond the original required output estimates of the power plant, leaving the residents of the camp electricity for 9-11 hours per day. Water storage tanks are inadequate to their needs and the delivery of water to the tanks needs to be increased, especially during the hot summer months.

SCM has a plan to help refugees living in Za’atari and our goal is $75,000 to do the following:

Please read these UNHCR articles about the situation as the camp turns 10 years old: