Syria has dropped off of our news feed , but the conflict is entering its seventh year. Syria remains one of the most complex and dynamic humanitarian crises in the world today. Since March 2011, more than 400,000 Syrians have lost their lives and over one million have been injured. Close to 5 million Syrians have been forced to leave the country, and 6.3 million are internally displaced, making Syria the largest displacement crisis globally. The people still need us to understand what is happening still and they are not being allowed to escape to any country. A lot of the countries have closed their borders and are not willing to reopen them. In the news you hear about some areas that are getting better and some people are trying to go back home, but that is a very few.

We at SCM are still working to try and help the Syrian people. For the year of 2017 we have been able to open two sewing centers for women’s empowerment project. For the year of 2017 we have sent in 6 container (40 ft.) from Seattle. With two of our partner we were able to send two containers out of Los Angeles with humanitarian goods and baby carriers. With another partner Direct Relief we were able to get medicines and some tents for clinics sent in via container and some in via air. These supplies were then turned over to the Women’s Health organization and some were turned over to King Hussein Cancer Hospital to treat the needy patients.

Our office in Jordan run by our regional manager Basel Sawalha with his group of volunteers was able to do distributions of winter, spring and summer clothing. We received over 4000 shoes – called “Shoes that grow” that were given out to the children. We had handmade quilts that were made by Quilters without Borders over 700. And hats, sweaters, mittens, hygiene kits, Hope Boxes, school supplies- that were distributed thru out the region of Jordan. As the cold weather started we were able to get firewood inside to northern Syria for distribution.

Besides working overseas with the refugees we have set up a Saturday school for the Syrians at Tukwilla- English for the adults and Arabic for the kids. Besides Arabic for the kids we are also doing, CPR, emergency medical class, yoga, art therapy, singing class, drawing, etc. We recently started a class on Thursday for the Afghani refugee women in the same location.

We have gotten the local Syrian to bake for the different fairs at schools, churches, synagogues to see their goods and make extra money.
But we still need your help and your donations to pay for the food programs, for the school in Tukwilla, for shipping the containers and also medical supplies. Please just because Syria is not in the news doesn’t mean that the tragic situation in the country has stopped. They still need our help- Do not forget them. ~ Rita 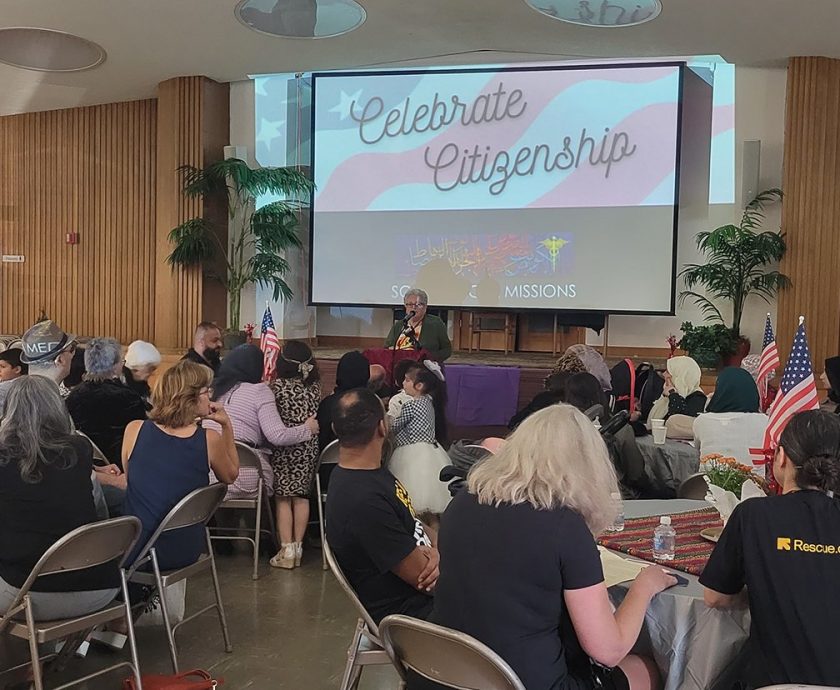 End of the Year Recap